Mtskheta - City of Shrines, where pilgrims from all over the world go 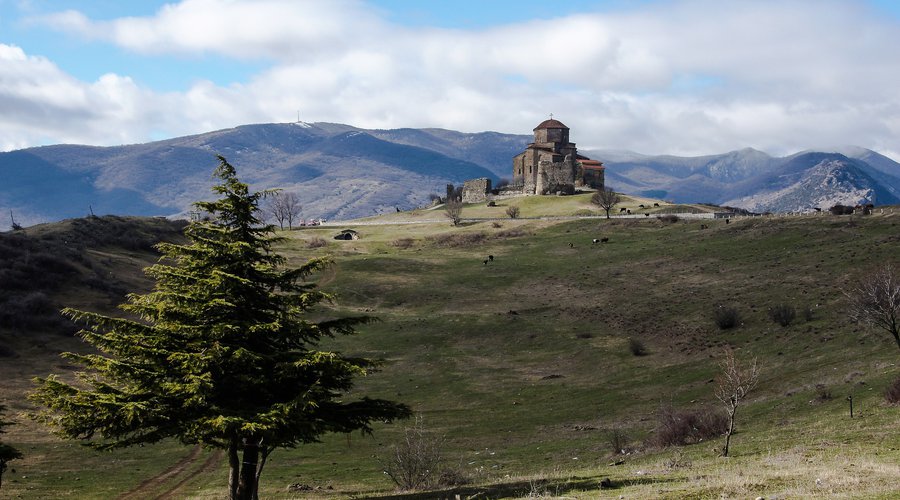 20 km from Tbilisi is a picturesque city-museum Mtskheta. It takes only 20-30 minutes to get there by car. Renting a car would be the best choice, since with a tour you will be able to see only a small part of all the beauties of the city and its surroundings. Especially if you want to visit Jvari monastery, which is located high above the city.

Mtskheta is the ancient capital of Georgia, which is called the "Second Jerusalem," and is considered the spiritual center of the country. The city has a population of only 8,000 and is a UNESCO World Heritage Site. Here are concentrated most of the historical and religious sites throughout Georgia.

What to do in Mtskheta:

One of the main ways to make money in a small town is selling souvenirs and Mtskheta is no exception. Residents of the city sell them from their courtyards on the street. The abundance of colorful items will amaze every visitor. Bright magnets, postcards, dishes, wine horns, pottery, jewelry, national hats and clothes, daggers, books about Georgia. All this can be brought home and as gifts to loved ones.

Also in the souvenir stores they sell authentic chacha and wine. Lovers of sweets can treat themselves to national sweets, jam from cones and berries. And where to go without the traditional spices? There is a choice to suit all tastes.

The city of Mtskheta is rich in religious buildings. One of the main is the temple Svetitskhoveli. Ancient paintings, high ceilings, multiple tombs and an extraordinary atmosphere of antiquity. It is shrouded in legends and keeps the energy of peace and goodness.

On the Hill of the Cross is the monastery of Jvari. It is mentioned in the poem "Mtsyri" by Lermontov. From above there is a view of the confluence of two rivers: Kura and Aragvi.

The temple is built on the principle of key architecture, when one stone sits in the other, so over time the sanctuary is only getting stronger. This is where Christianity began in Georgia, and now it is a functioning monastery for men.

You can visit a few more shrines or just go for a walk around the city. Architecture in stone, everything is beautiful and neat, paved streets, fortress walls, stores and cafes with traditional cuisine, singing and fiery dancing local artists.

When it's best to go

If you want solitude and silence, come out of season. This is a great opportunity to be alone with your thoughts and majestic temples. During the warm season, the place comes alive with crowds of tourists. But at the same time nature also blossoms, which adorns Mtskheta with its picturesque views, as if from a picture.

Whenever you go, the city will greet its visitors very cordially and hospitably.

Rent a car in Georgia