Click on the currency to display prices in USD, EUR or RUB. The voucher will have the total price in EUR. All decimals are rounded.

Everything went perfectly. People immediately got involved, they decided how they would bring the car! Well, in general, everything went great! Oh, the only thing is, the site says 1.6 diesel, but there is gasoline. And my friends have already advised you too) 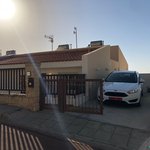 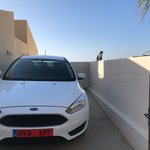 We were in Cyprus in September for 3 days and took the car directly from the airport, which is very convenient (by the way, the car corresponded to the picture of the order, and not like in other companies)! We took an inexpensive car, but this did not affect our trips around Cyprus in any way. The only thing that was difficult for us was the steering wheel on the right, but we were met by a Russian-speaking girl (she was already waiting for us when they left the airport) Liana and she told us everything in detail and gave us instructions. On the way back, the car was also given to her at the airport. Everything is clear and comfortable 👍. The deposit on the card was returned the next day

Excellent car rental company, worked everywhere clearly. The car came the one I ordered. Clean (only from the sink) well-groomed, without any visible damage. Special thanks to Alik and his father, a clear meeting and seeing off at the airport, promptly answered all questions: they took a car with two child seats, Alik found out the exact height and weight of the children and picked up the right seats. I recommend choosing this company and thank you again!) 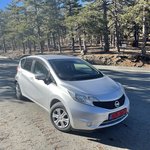 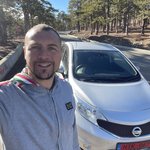 In general, everything was fine. There was one unpleasant moment. Got into an accident on the very first day of the lease (the front passenger door, the back door and a little bit of the rear fender were damaged). Under the contract, I had to pay 600 euros. And there is a feeling that I overpaid. As it is hard to believe that for one small dent and scratch, the repair would cost 600 euros. Sometimes the car went deaf, but rarely. 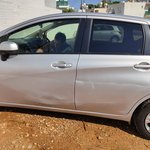 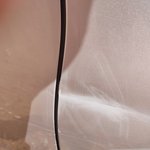 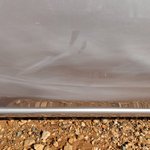 Everything went great!))) We were very pleased with the car! However, like the weather, and Cyprus)))

Absolutely, it was terrific. End to end process was so smooth. No issues at all, one of the best way to rent a car in Cyprus.

Everything was absolutely great with the car renting, we received the car on time, didn’t have to wait a single minute and it was in perfect conditions. The guys were very nice and made everything easy! I definetly recommend it! Thank you very much!!

Everything is super! Thank you for the car provided and the excellent service. I liked everything, the car is in good condition, no problems. Many thanks to Alik for the quality work. As soon as I return to Cyprus, I will only apply to this rental service. Thanks again! Recommend 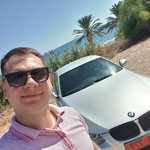 I would like to thank you for the timely replacement of the car and the car itself, everything was wonderful, I recommend it! 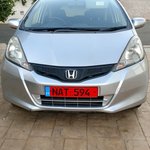 Everything went perfectly! The day before departure, we were contacted by whatsapp to clarify the time of picking up the car. The rental staff met at the airport on time, we examined the car together, recorded all the damage, we signed the documents, handed over the rest of the money and gave us the car. And even the suitcases were loaded) Clearance is fast and convenient! The car, though old and outwardly rather shabby, has never failed in 2 weeks. Only they did not figure out the radio tape recorder, for some reason it was in Chinese, the phone could not be connected and periodically the radio tape recorder itself displayed some voice prompts in Chinese) They handed us the car perfectly clean, both outside and inside. The tank was almost full, they agreed to return it the same way. I called several times on various issues, Janis was always in touch. The return of the car was much faster than the reception, in just a couple of minutes the car was inspected, we handed over the keys and that's it! No additional payments and imposed services! We rented the car a little dusty, but no questions arose from the owner - apparently the car is washed inside and out after each rental. Many thanks to Janis and his team for such a wonderful service! Highly recommend!

Good afternoon, I liked everything, the car was good, in good condition. Next time, I will definitely rent only from you. Thanks.

The man waited for us even with a strong flight delay with the car, everything was in order. The only thing was that when booking a car it was written that there was no deposit, but at the meeting you still needed a credit card for franchise. 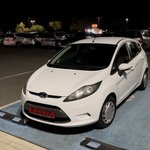 I liked everything, thanks

Car rental prices at Paphos Airport (PFO) vary throughout the year depending on the season and the rental length in days.