Rent a car in Batumi

Good afternoon. Rented a car for the first time. I was pleased with the car. Spend time with your family comfortably enough. We drove almost 1000 km with this car. There were no problems. Everything was ok. 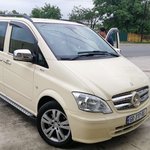 Thank you, I liked everything,the car is in good condition, the guys did everything clearly 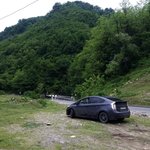 Hello) everything went fine. They took the car for 6 days to travel around Georgia. The four of us sat together with rather big luggage and felt comfortable :) But the sediment from the search for a car remained, when and what did not try to book - everything is not available, and the cars hang in the search as available. For rent 5, for service work 3. 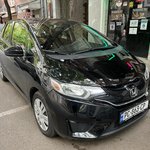 Great service. Great car. Consumption of 8-9 liters per 100 km in the mountains with 6 people in the cabin, + luggage. Thank you very much Giorgi and Emil.

Everything is super, the car is super!

We like the comfort that the car gives us. Money is not a pity, there is more of a pandemic period. The conditions are excellent. just a wonderful rest, I recommend it to everyone. 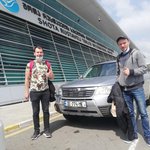 There were no problems, everything was clearly and quickly agreed, also picked up without problems, the deposit was returned later, all okay 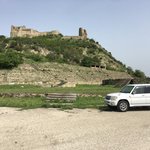 The rent went great. We were met, showed and explained everything. There were no problems with the car. 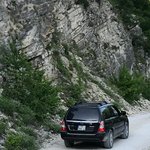 Everything went great! We ordered a Toyota Camry, but it was not available, we were provided with a Toyota Highlander, for the same money The driver arrived on time, the car is good, everything was super! 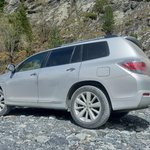 It is necessary to improve the technical condition of the car.

The car was brought in on time. But.. the light in the cabin did not work(I was told that the fuse probably burned out, it costs 5 GEL to make, so I drove in and did it myself). It turned out that in the car from the media there is only a radio and disks(we just did not expect this from the Audi 2010), it turns out that you need some special cord to have there. Well, OK. The air conditioner worked with a tension of 5 out of 10, we were lucky that the weather was not hot, and when working, it somehow made a strange noise(as if something is touching somewhere). In general, it is not pleasant, but it does not matter. We asked to change the car on the same day, but we were told that there are no cars of this class anymore. Then the steering began to make noise - I had to top up the oil.. And the final thing was that 3 days before the end of the lease, the Car just got up. Something broke in the undercarriage and that's it. To the credit of the tenant, it will be said that he arrived the next morning, gave us the other car and returned the difference in price, and paid the fine that we received on the first day. But the car must be looked after... we, of course, expected that the Car would not be new, but this was not expected. 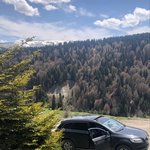 Car rental prices in city of Batumi vary throughout the year depending on the season and the rental length in days. We’ll list the final rental price, including extras and insurance policies of your choice on your rental voucher in GEL. With us, you always know the exact amount that must be paid on pick up in Batumi city.

Average car rental prices in city of Batumi per day throughout the year, 7 days rental duration, delivery across Georgia not included.

Others
Hello, can I change my booking for Lexus GX470?

Your booking has been confirmed, you can only cancel it now and make a new reservation.

Where in Batumi would be the pick up and drop off point?

I would like to rent the Subaru Forester, Automatic, 2012 year from the 6. of July till the 19-th. Is this possibe?

Yes, it is possible.

I cannot see a blue Mitsubishi Pajero on the website anymore. I would like the car from 12 noon Tuesday 23rd July until Wednesday 7th August. The price was showing 1500 lari with no deposit. However, when I tried to book this it was asking for a 150 lari deposit.

It disappeared from search cuz you didnt finalise the prepayment. See the link in your email. Returnable security deposit for this car = 0. But a prepayment of 10% (150 gel) is required.

International license is not a must we can work with local license also, the only requirement is to have driving experience for a 1 year minimum.